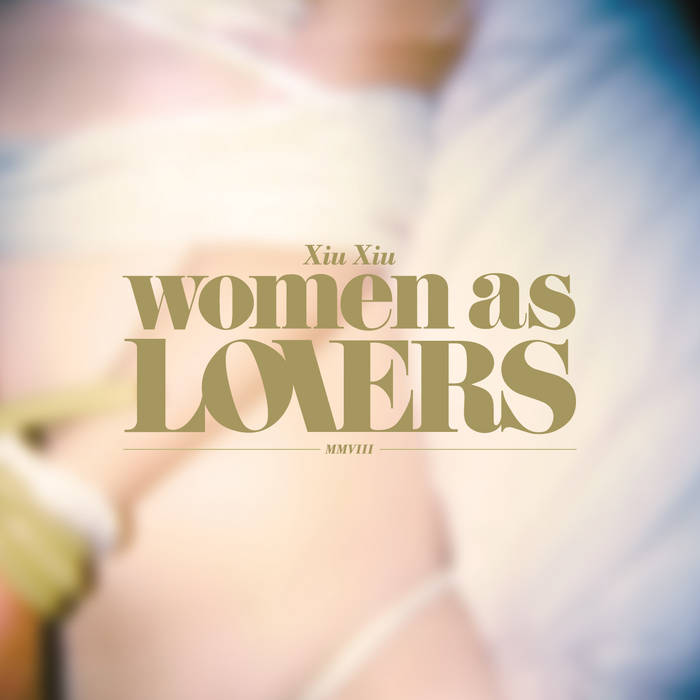 Favorite track: In Lust You Can Hear The Axe Fall.

Give Me Goat, Or Give Me Death

This will be a famous album. To hear it is to remember music's native purpose, a howl against the gloom.

Xiu Xiu has long been known among the music bloggers as prolific, bordering on crazed, but with this new 14-song album, each song so different from the next and so fully realized, their creative ferocity is simply astonishing and rapidly taking on new dimensions.

With a heart too sensitive to accept humanity's darker side yet also unable to flinch from it, Xiu Xiu is a way of "owning your own shadow." Jamie Stewart has a novelist's eye for juicy details, and a poet's ability to wring impossible emotions out of the English language, finding black humor where there is usually horror, finding horror where there is usually apathy. And Stewart's history-spanning visions of birth and death have never come across more clearly.

The performances, led by Stewart's one-of-a-kind voice, are intense, virtuosic and painted in a spectrum of acoustic and electronic colors that one would be hard pressed to find equaled on any album. Many of the songs feature what is now officially the live line-up of the group, with Stewart and Caralee McElroy joined by Ches Smith on drums and Devin Hoff on bass. Women As Lovers marries the ancient with the futuristic, each in all their beauty and terror. Traditional gongs collide with a rat's nest of computerized layering.

Many a commentator feared that the "democratization" of recording technology would result in a profusion of mediocre music with substan- dard production values, and while this is largely true, they failed to see another more exciting outcome. The ability to create music at home with no clock ticking has allowed for a new level of care that would put to shame the production tour de forces of another era. In the past couple of years a new sound in popular music is being created, and new masters of this unforeseen style are emerging. And Xiu Xiu is fast becoming the standard against which any claims of meticulousness must be judged.

Make no mistake. No other Xiu Xiu album has ever been more approachable or communicative on a basic human level. What people sometimes fail to recognize is that Stewart is writing about all of us, not a freak writing about freakish things. He voices what the rest of us have a hard time voicing and the feelings in the music are ones that we can all relate to.

"Paula has been informed that love hurts when there's a loss, an accident involving a sports car, a death under the surgeon's knife or a tragic suicide. So how is it possible, that love hurts, when it comes? Not only when it goes?"
Elfriede Jelinek, Women As Lovers

"Only tenacity still holds the fort. Love has long since gone to sleep. No one can stay up so late."
Elfriede Jelinek, Women As Lovers