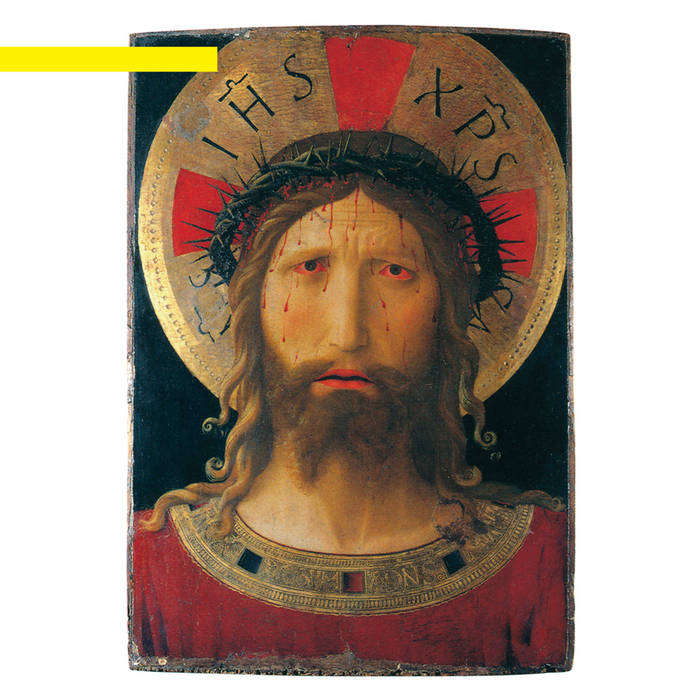 𖤐 what a lovely mixture of melody, tastefully applied noise & some other intriguing lyrical + compositional ideas that are challenging to grasp at times but for some reason are so damn pleasing to try & dissect. Favorite track: Vulture Piano.

amycatass this could save you Favorite track: Save Me Save Me.

It comes in waves of nausea and unease. The Air Force is a wraith, and wraithlike it moves according to genuine, human rhythms; we see frontman Jamie Stewart staring into the void, or into the past, or dipping his hands into the sick pink hues of human grease, into bad love, suicide, rape, sex, stormy friendship, domination, dependency, with husky voiced lyrics that come rising up like steam from some deep and dark and cold dungeon miles below Earth's surface.

It's a feverish and disturbing set of 11 songs but just the same, it's some of the group's most accessible: producer Greg Saunier's (Deerhoof) multi-instrumental wizardry, David Horvitz' koto work, Devin Hoff's bass, Nedelle's violin, right down to Jamie and Caralee McElroy's lyrics and vocals. It's the kind of humanity we can all relate to. (Make it through Caralee's feminist/dependency tone poem “Hello from Eau Claire” without feeling her frustration, and there might be something wrong inside you.)

The songs drape themselves across their subjects in deformed electro tapestries. They play out like symphonies, but feel compressed into the internal microcosm of an American bedroom… bedroom symphonies, bedroom confessions over chimes and gonging bells and industrial beats and buttery guitar leads that slide through the songs like a straight razor opening up skin.

Like its predecessor, La Foret, The Air Force is elaborate, ornate, and bubbling over with noise. But even as sampled, cut 'n' paste fury assaults us mid-song, there's a sense of less-is-more, minimalism over excess; the lyrics can be haiku sparse, the backing to them is often as simple and barely-there as an android sigh.

And like that the record takes us through a 34:56 minute dreamscape of scraping urgency that haunts and disturbs like snuff films, of dance tracks like “Vulture Piano” that show us darkwave re-imagined as a classical score. “Buzz Saw” opens the album with disquieting parlor room piano and Jamie breathing, “your acne is like a pearl/mine I promise is brimstone.” It's the kind of song you hold your breath during and don't realize you're doing so until you start to feel claustrophobic. “Wig Master” closes the album with spoken vocals over double bass and samples with Jamie whispering, “loneliness isn't being alone/it's when someone loves you/and you don't have it in you to love them back.”

These are all things that make up a crowded and thorough documentation of life, of all the details too painful or guilty or small for most bands to pick up on. It's alienated and obscene, cataclysmically dark and kind of funny. You can slash a record to pieces trying to define it, or you can put it on, sit back, and let the thing take you. Let this take you. Let it pull you in and cover you up like snow. Dying is not glamorous. Neither is real life. This is real life. This's a lit cigarette to the face.

recorded in Oakland, California
mastered by J.J. Golden
published by will it burn music BMI
© copyright xiu xiu 2006
the song "wig master" is an edited version of the piece "gita" composed by Devin Hoff published by jesse the dog songs ASCAP, additional lyrics on "bishop, ca" and "wig master" by Seo Hyunhye.