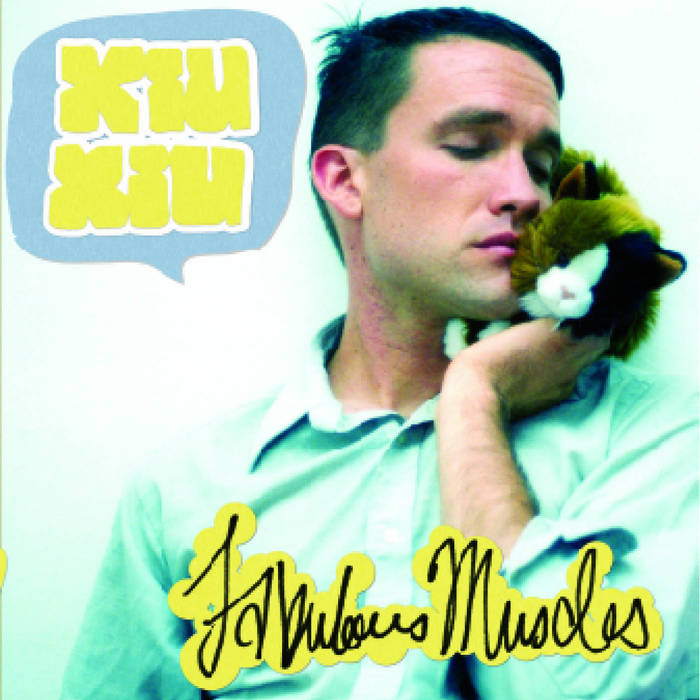 kdominik Thank you for opening our eyes. Xiu Xiu reminds us of what is really important. Favorite track: Nieces Pieces (Boat Knife Version).

James Loves You Seriously, what a great album! It's sad, it's stupid, it's beautiful, it's macabre, and weirdly sexy as well. There's so many raw emotions whirring around these 10 tracks, but the music never feels messy or contrived. What an absolute accomplishment of an album! Favorite track: Fabulous Muscles (Mama Black Widow Version).
more...

This record was written on the heels of huge, huge upheavals and violent personal changes and content wise reflects a year of a father's suicide, helpless watching the United States government/army rape and murder with smug disdain for anything but power, being betrayed and then in betraying others, finding out about a favorite 5 years old student being repeatedly molested by his teenage brother and the family due to immigration status and economics not being able to get help or really even stop it and then weirdly falling in love very, very,very unexpectedly and beautifully. The most central theme is about negative dominance politically, sexually and emotionally despite the space of a new, hopeful relationship.
Musically, due to having moved out of a punk rock crash pad where you can make all the noise you want, there are many more electronic sounds and kabuki style percussion. There is less of a dance influence with them but much more of a pop and then academic/experimental influence. There are sounds used to rhythmically push some songs forward in a top 40 way but with fewer straight beats. Noise restrictions also led to more use of single, quiet acoustic instruments. This record is the most pop Xiu Xiu record and the most experimental.
It was recorded at home in Seattle and Oakland (amazingly the hard disc survived moving 4 times in one year). Fabulous Muscles features Cory McCulloch, Ches Smith, Devin Hoff, Miya Osaki, Caralee McElroy, JherekBischoff, and Jamie Stewart.

Featured sounds from Fly Lo and Ahmed Idris, plus Mother Nature hops on to drop off new project